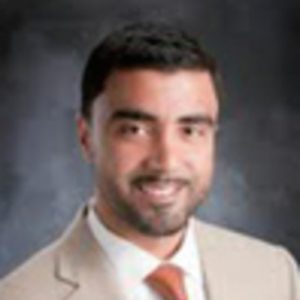 Dr. Hasan received a bachelor’s degree in biochemistry from the University of Maryland, Baltimore County. He earned a medical degree from Howard University College of Medicine where he received the Nwateri Award for perseverance.

Dr. Hasan completed his residency in internal medicine and a fellowship in gastroenterology and hepatology at Case Western Reserve University MetroHealth Medical Center in Cleveland, Ohio. During his tenure at MetroHealth, Dr. Hasan studied inflammatory bowel disease (IBD) in an urban population.

He is a member of the American College of Gastroenterology, American Society of Gastrointestinal Endoscopy and the Crohn’s and Colitis Foundation of America. Dr. Hasan is a Maryland native. He grew up in Laurel, Md.